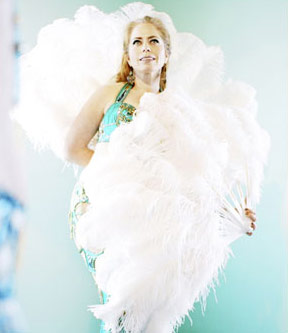 Myra Krien is a renowned Middle Eastern dance artist, an international performer, choreographer and teacher of belly dance. Krien has performed on some of Americas most prestigious stages, toured internationally, performed for PBS and Japanese television and been reviewed by national publications such as Dance Magazine, Bliss and the Santa Fean. After returning to her home in Santa Fe, New Mexico she opened her school of dance, Pomegranate Studios, founded Pomegranate SEEDs (Self-esteem, Empowerment and Education through Dance) a non-profit youth mentorship program and her state-of-the-art fitness program Funk-Ex. Krien is the 2019 recipient of the Santa Fe Mayor's Award for Excellence in the Arts, as well as the 2018 & 2019 Best of Santa Fe Award in the category of "Best Dance Company" Top 3, and is a member of the International Dance Council CID.

“Within a few minutes of meeting Myra, you know you are in the presence of a different kind of poet, a body poet, a woman who teaches you how to enter the world in every way, using your mind, certainly, but also your heart, your soul, your rhythm.”

“In addition to being a selfless teacher, Krien is a mesmerizing dancer. Her voluptuous frame embodies the depth and soul of this ancient dance form.” 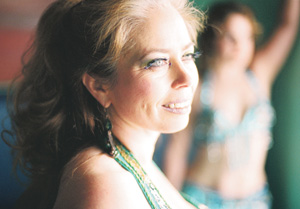 Myra Krien is an international performer, choreographer and teacher. She is known for her elegant and graceful presence as well as her stylistic versatility, from traditional Egyptian (folkloric and modern) to classical tribal and contemporary fusion forms, with a strong emphasis on Flamenco and East Indian dance. A highly sought after workshop instructor and choreographer, her workshops are often described as “profound and inspirational”. She imbues her teaching with a deep respect and abiding passion for the form, strong emphasis on anatomical technique and history of the art form and culture.

Born in San Francisco, the granddaughter of Zen philosopher, Alan Watts, Krien grew up in a family of intellectuals and artists committed to higher consciousness and a worldview. From an early age she attended the Renaissance Pleasure Faires. Inspired by Jamila Salimpour’s company Bal Anat, she began her first belly dance classes along with her mother at the age of three. In the many years since she has been privileged to study with some of the greatest Middle Eastern dance artists in the field. Krien has also devoted herself to the study of jazz, modern, hip-hop, flamenco, and East Indian dance. Krien began performing at the early age of eleven and began teaching at fourteen. She went on to perform extensively throughout the Bay Area and in 1983 moved to Santa Fe, NM.

In 1996, Krien was the opening act for Sony recording artist Ottmar Liebert. Krien toured internationally, performing to sold-out audiences in some of the most prestigious theatres in the world and appeared in the PBS special “Wide Eyed and Dreaming.” Krien’s work has appeared on Japanese television and has been reviewed by national publications: Dance Magazine, the Santa Fean, and Bliss Magazine. Krien was asked to speak, perform and teach at the Ms. Foundation annual conference 2006. In 2007, the Santa Fean magazine saluted Krien for her outstanding contributions to the city of Santa Fe.

Krien has been the Founder, Director and Choreographer for five dance companies: Azadeh , 1978-1983, Awalim ,1996-1998, Mosaic Dance Company, 1998, Ahatti Apprentice Company in 2001 and Almaaz Assahara, 2006. She is the Founder/ Director/ Master Teacher for Pomegranate SEEDs® (Self-esteem, Empowerment and Education through Dance) a  youth development organization. Krien is the owner and Director of Pomegranate Studios, hosting over forty classes weekly in various movement arts. She is the creator of Funk-Ex Fitness, a state-of-the-art dance fitness program. She lives in Santa Fe, NM with her son Max. Krien holds a Bachelor of Liberal Arts degree from St. John’s College. 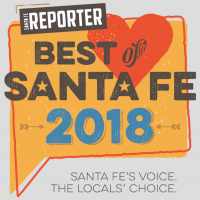